Signed By:
By   Scott Walker

This Hardcover Copy of Unintimidated has been personally Autographed by Scott Walker. Exclusively Made Available at PremiereCollectibles.com.

“Today, we can sound like conservatives and act like conservatives—and still win elections. Those who say we can’t don’t see what I see in Wisconsin and what my fellow governors in states all across America see. We don’t need to change our principles. What we need is more courage.” 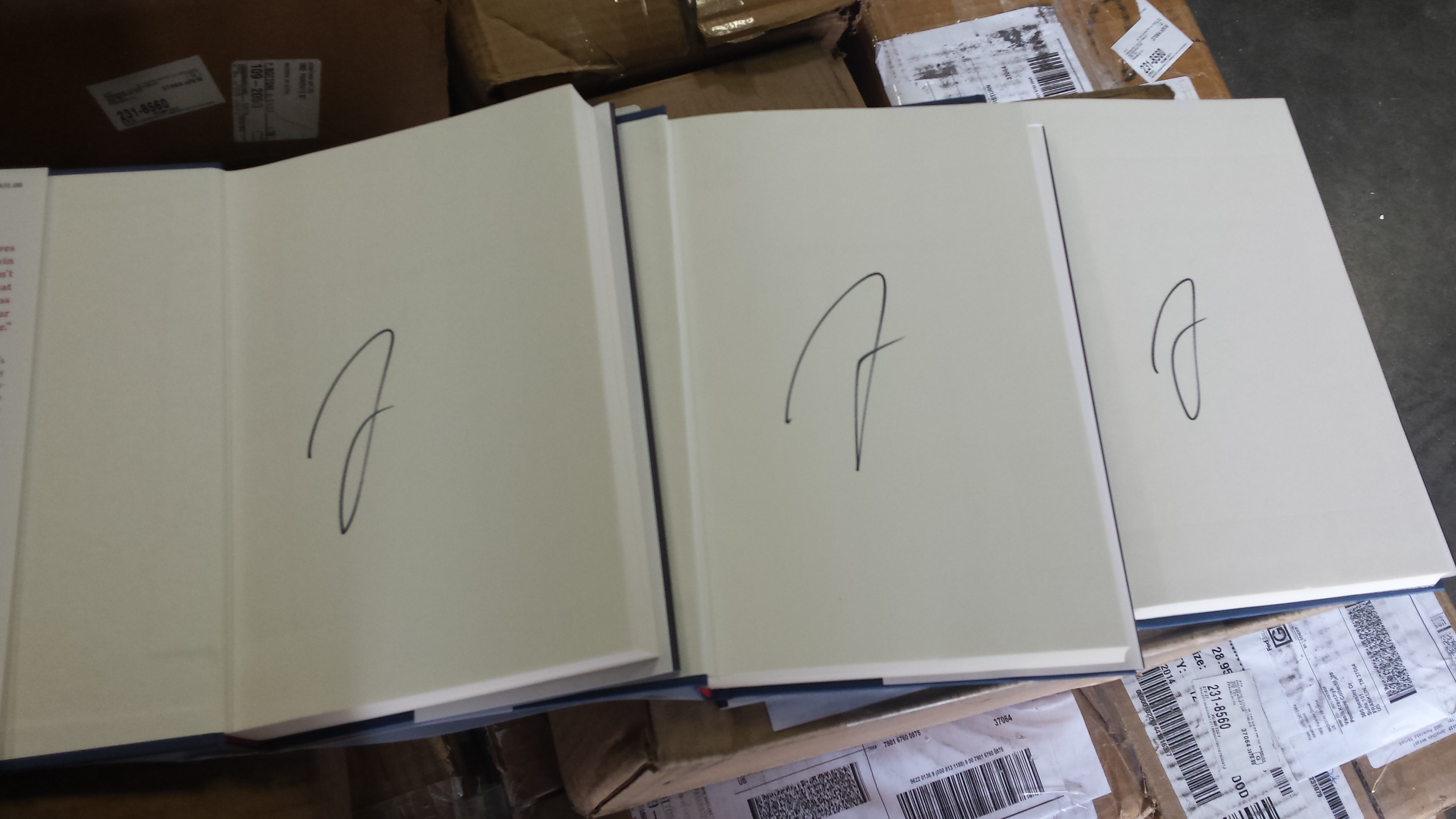 In 2011, Wisconsin governor Scott Walker’s chances of staying in office looked bleak. Angry protesters—furious about his collective bargaining proposal—swarmed Madison, camped in the capitol, and attempted to block the passage of the governor’s reform legislation. Teachers unions accused him of sabotaging education. His approval numbers fell to the basement, and with the national media’s descent on Wisconsin, liberals denounced “Dead Man Walker.” He found himself fighting for his reforms, fielding death threats, and facing an unprecedented recall election.
But then something happened. Walker’s policies began to work. His constituents realized they were better off with his leadership, and in June 2012, he became the first governor in American history to survive a recall attempt, winning with a higher share of the vote than he had for his original election.
In Unintimidated, Governor Walker tells the story of his fight to save Wisconsin from a $3.6 billion budget deficit while simultaneously improving the state’s schools and public infrastructure. He describes how he stood for his convictions against enormous political pressure and personal attacks. He explains how he knew his reforms would work, based on his experience as a local official.

Speaking from the perspective earned from his resounding victory, he outlines lessons conservatives on the national stage can learn from his success, such as:
• Change the polls, not your principles.
• Don’t accept the false choices presented to you.
• You can reform entitlements and survive.
• Austerity is not the answer.
• Never stop reforming.
Walker is living proof that conservatives need not move to the center to win. He argues that Republicans must offer Americans big, bold, positive solutions for our nation’s challenges—and have the courage to implement them. Walker has shown that even President Obama will back down when faced with reforms promoted with common sense and courage.

SCOTT WALKER is the governor of Wisconsin and a leader in the Republican Governors Association. He was previously the county executive of Milwaukee County and a member of the Wisconsin State Assembly. Before that, he worked for the American Red Cross and IBM. He and his wife, Tonnette, have two sons and live in Wauwatosa.