Signed By:
By   Scott Rasmussen

This First Hardcover Edition of The People's Money has been personally Autographed by Scott Rasmussen. 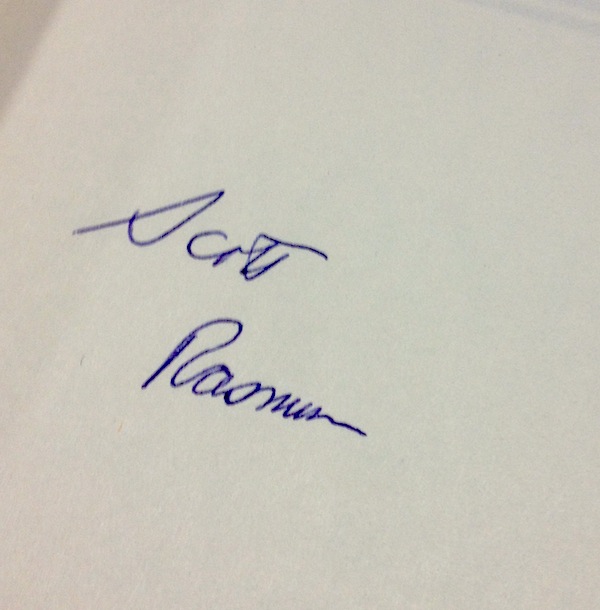 The founder and president of Rasmussen Reports—the most comprehensive public opinion polling company and political medial outlet—demonstrates the surprising public support for specific measures to spend less and balance the budget, solve the financial crisis, and fix the American economy.For decades, American voters have elected candidates who promised to reduce government taxes and spending, but government spending has gone up every single year since 1954. Voters don’t understand how this has happened, but recognize that the result is a massive budget deficit that threatens to pass along the burdens on to future generations. Politicians blame voters and claim that there is no public support for specific spending cuts. Here, Scott Rasmussen shows that claim to be a lie.

Scott and his firm have developed a reputation for delivering reliable, newsworthy, and actionable public opinion data. Slate.com declared, “If you have a choice between Rasmussen and, say, the prestigious New York Times, go with Rasmussen.” National political commentator Michael Barone calls him “one of America’s most innovative pollsters.”

A careful and comprehensive review of history, budgetary documents, and public opinion data shows that voters are far more willing than their politicians to make the hard choices needed to reduce federal spending. The People’s Money demonstrates how the American people are the solution to budget issues, rather than the problem, and shows specific proposals supported by a majority of voters that would balance the budget, completely eliminate the federal debt, and prepare the nation for the twenty-first century.