The First Phone Call From Heaven

Signed By:
By   Mitch Albom

This Hardcover First Edition of The First Phone Call From Heaven has been personally Autographed by Mitch Albom. Exclusively Made Available at PremiereCollectibles.com. 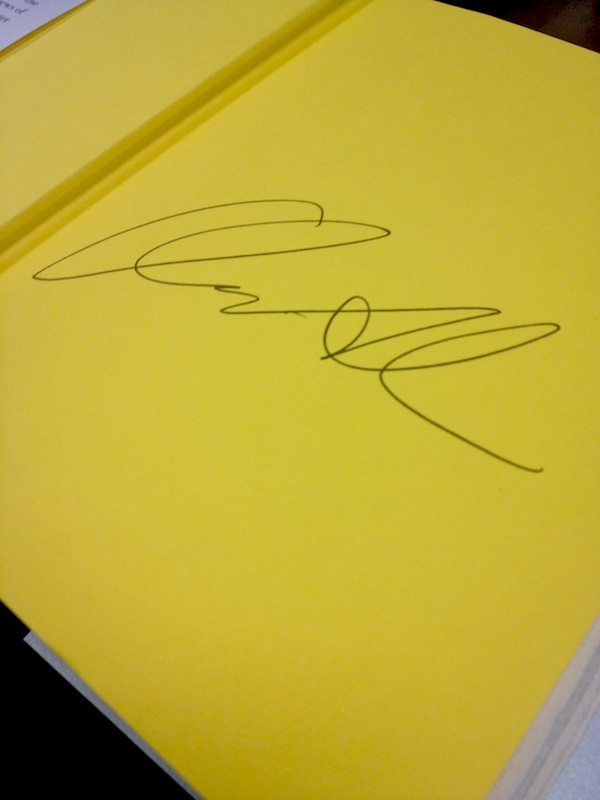 One autumn day, in the small northern town of Colwater, Michigan, the phones begin ringing. The people calling are all deceased. They talk about heaven. They say they are safe and happy. Each call is greeted differently—some with relief, some with love, some with religious zeal, some with fear.

On that same day, Sully Harding is released from jail for a crime he may not have committed. During his time behind bars, his wife, Giselle, passed away, leaving him a single father filled with heartbreak and regret. He returns to his hometown of Colwater, hoping to rebuild his life. Instead, he finds a community increasingly gripped by miracle fever. As the mysterious phone calls become more frequent, outsiders begin flocking from all over the world to be part of the blessing, changing the small town indelibly, and turning local citizens into worshipped heroes.

When his own son begins to carry a toy cell phone awaiting word from his mother, Sully has had enough. He sets out to prove that the Colwater phenomenon is a hoax. But is it? Or could this be the world’s greatest miracle? Do the calls give people hope, or do they imprison the receivers to a never-ending cycle of grief?

The story follows several Colwater residents whose lives have been irrevocably touched when they are confronted with evidence that heaven exists. This remarkable novel takes us on a journey both of individual healing and society’s response to the question of life after life.

Albom’s work has never been so moving and unexpected. Readers of The Five People You Meet in Heaven will recognize the warmth and emotion so redolent of Albom’s writing, and those who haven’t yet enjoyed the power of his storytelling, will thrill at the discovery of one of the best-loved writers of our time.

Four of Albom’s books, including Morrie;The Five People You Meet In Heaven; For One More Day; and Have A Little Faith;have been made into highly acclaimed TV movies for ABC. Oprah Winfrey producedTuesdays With Morrie, which claimed four Emmy awards including a best actor nod for Jack Lemmon in the lead role. Albom’s most recent novel, The Time Keeper, debuted at #1 on The New York Timeslist in September of 2012.

In collaboration with Jeffrey Hatcher, Albom adapted Tuesdays With Morrieinto a hit play that opened off-Broadway in late 2002 and has since seen hundreds of versions produced across the US and Canada. As a columnist forThe Detroit Free Press, Albom has won more than 200 writing awards, including the Red Smith Award for lifetime achievement in sports writing. Albom also hosts a daily radio program and is a frequent presence on ESPN.

Albom has founded six charities in and around Detroit, including the first ever 24-hour medical clinic for homeless children in America. He also operates an orphanage in Port-Au-Prince, Haiti, dedicated to the safety, education and spiritual development of impoverished children who were victims of the 2010 earthquake.

Albom lives with his wife, Janine, in metropolitan Detroit.