This First Edition Hardcover of Manology: Secrets of Your Man's Mind Revealed has been personally Autographed by Tyrese Gibson & Rev Run. Exclusively made available by PremiereCollectibles.com 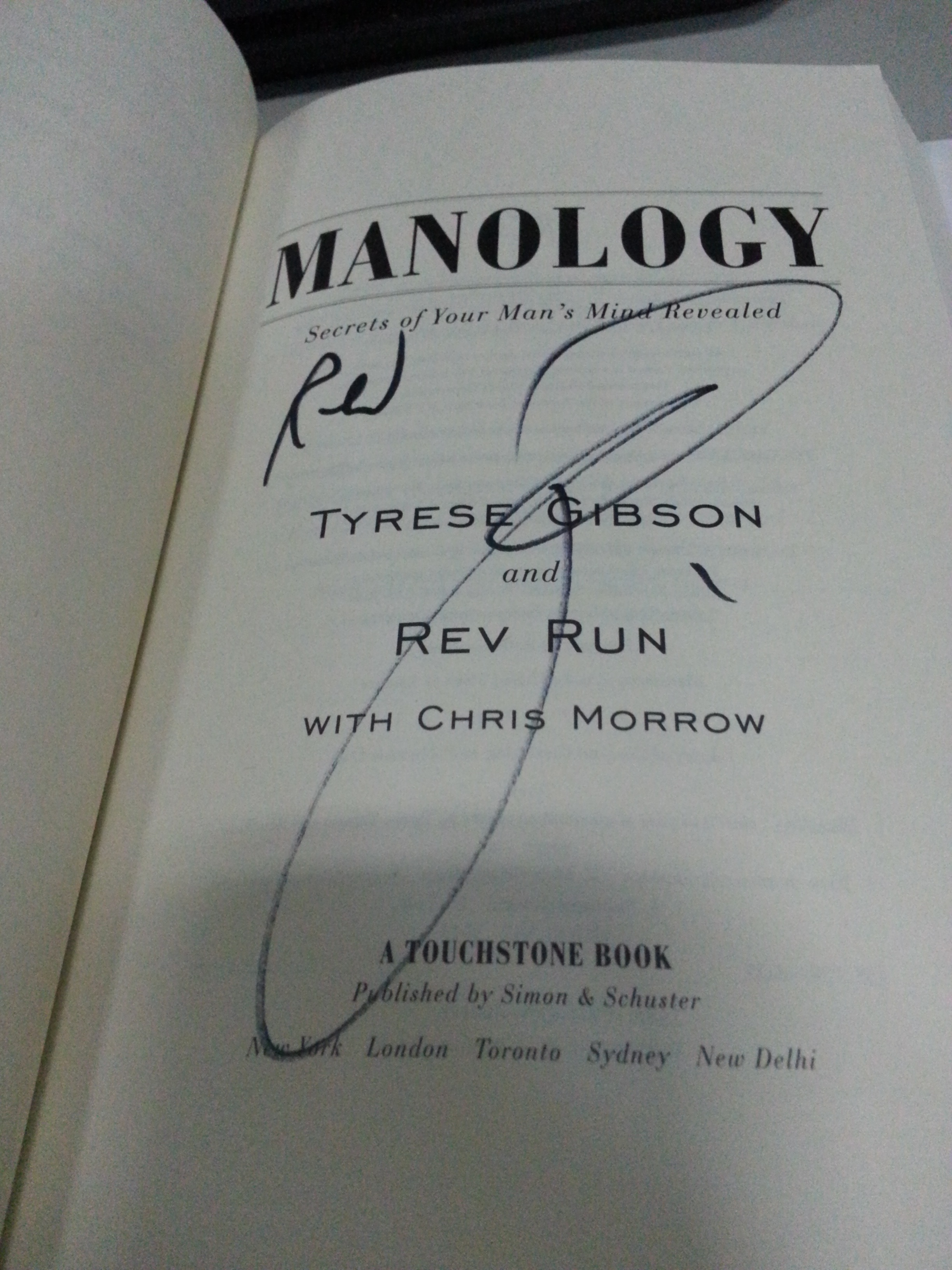 Rev Run of Run DMC and Tyrese Gibson offer insight on life, love, exposing men and the many games they play, and how to finally find happiness in your relationships.

Tyrese and Rev are unlikely best friends—Rev is married with six kids and Tyrese is a single dad still hesitant to settle down. But after an unexpected disagreement in which Rev insisted that marriage is forever, and Tyrese pushed that you could bail when the sex went bad, the two decided not just to agree to disagree but to team up and open their debate to a larger audience. Even though they’re at different points in their journeys, both have clear insights on what it takes to make a relationship work and what can sink it instantly.

Manology is a guide to regaining your relationship confidence and weeding out the cheaters, MANipulators, and pimps from the good men. Just follow Tyrese and Rev’s advice and finally understand the reasons behind your man’s actions. Some men’s behavior can’t be changed, but it’s better to face the truth. No matter how painful or distressing that truth might be, if you know it, you can confront it and move past it. Tyrese and Rev acknowledge that it can be difficult for men to open up, but they present real strategies for men and women to have honest and open discussions about relationship expectations.

With Rev’s hard-earned knowledge on what it takes to make a marriage work, and Tyrese’s sometimes uncomfortable but always straight talk on the single man’s mind-set, Manology is your one true source of knowledge to help you take control of your love life and truly understand your man.
Limited quantities available, order your signed and numbered edition today!

Tyrese Gibson, also known simply as "Tyrese," is a dynamic figure in entertainment today who has had huge success as a multi-platinum and Grammy nominated R&B singer, songwriter, actor, bestselling author, and television producer. After the release of several critically acclaimed and award-winning albums, he transitioned into films, including Baby Boy, 2 Fast 2 Furious, Fast Five, and the Transformers trilogy. Gibson also created the bestselling comic book, Mayhem. His most recent music endeavor, Open Invitation, debuted at #1 and included the hit single, "Stay," which remained #1 for 11 consecutive weeks. Gibson's first book, How to Get Out of Your Own Way, instantly became a New York Times bestseller.

Rev Run, a.k.a. Joseph Simmons, is one of the founding members of the pioneering hip-hop group, Run-D.M.C. His hit MTV show, Run's House, aired for six seasons. Starring alongside his wife Justine and their six children, Run became America’s favorite father and a model of family values, humor, and spirituality. He is the author of Words of Wisdom and the co-author with his wife of Take Back Your Family. Run’s daily inspirational words of wisdom are followed by nearly 3,000,000 people on Twitter and have established him as a thought leader in the world of social media. 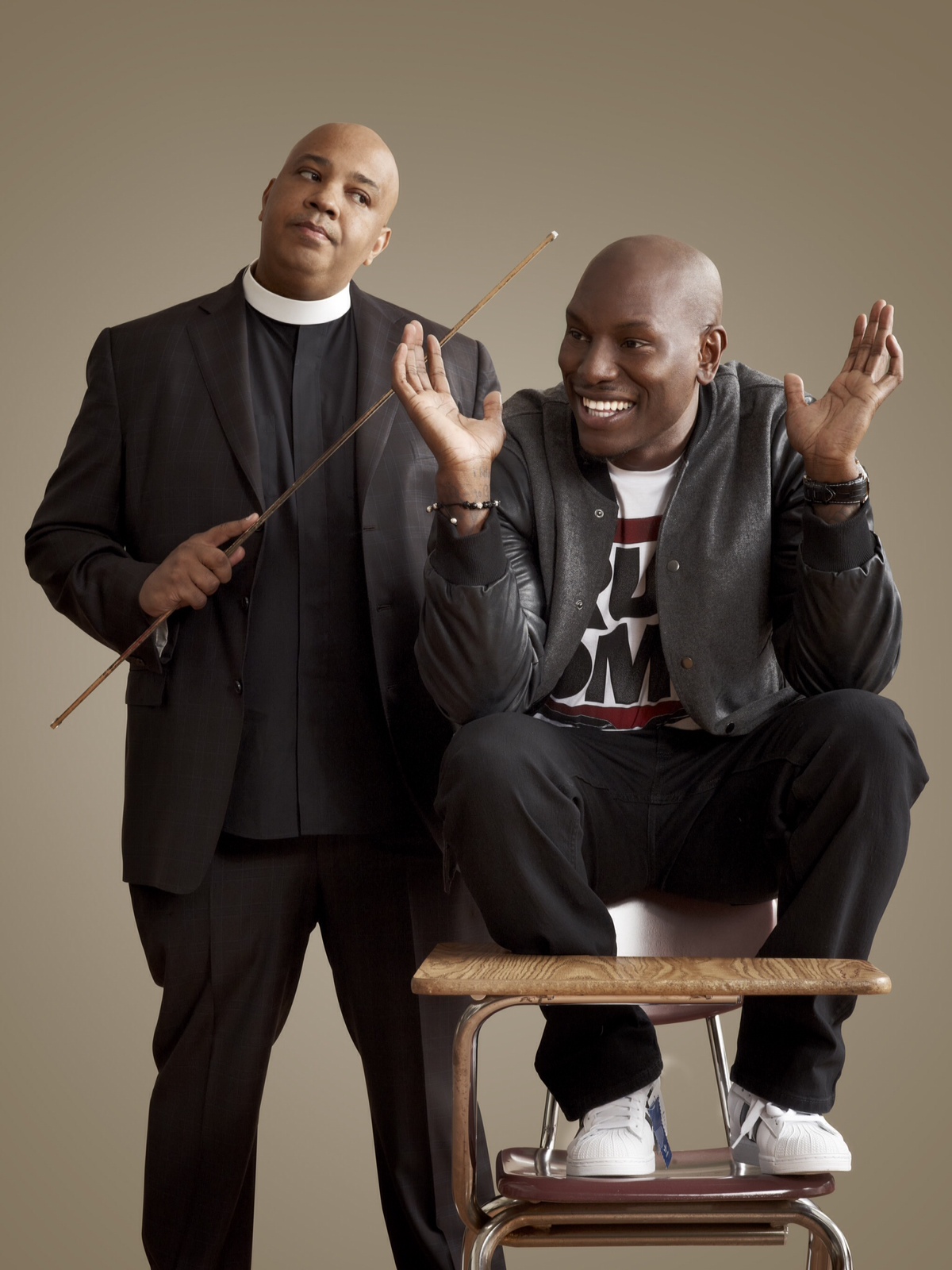