American Gun: A History of the U.S. in Ten Firearms

Signed By:
By   Chris Kyle (Signed by Taya Kyle)

Please note that this is signed by Chris Kyle's widow, Taya Kyle. It is not signed by the late Chris Kyle.

This Hardcover Edition of American Gun: A History of the U.S. in Ten Firearms has been personally Autographed by Taya Kyle (Chris Kyle's Widow). 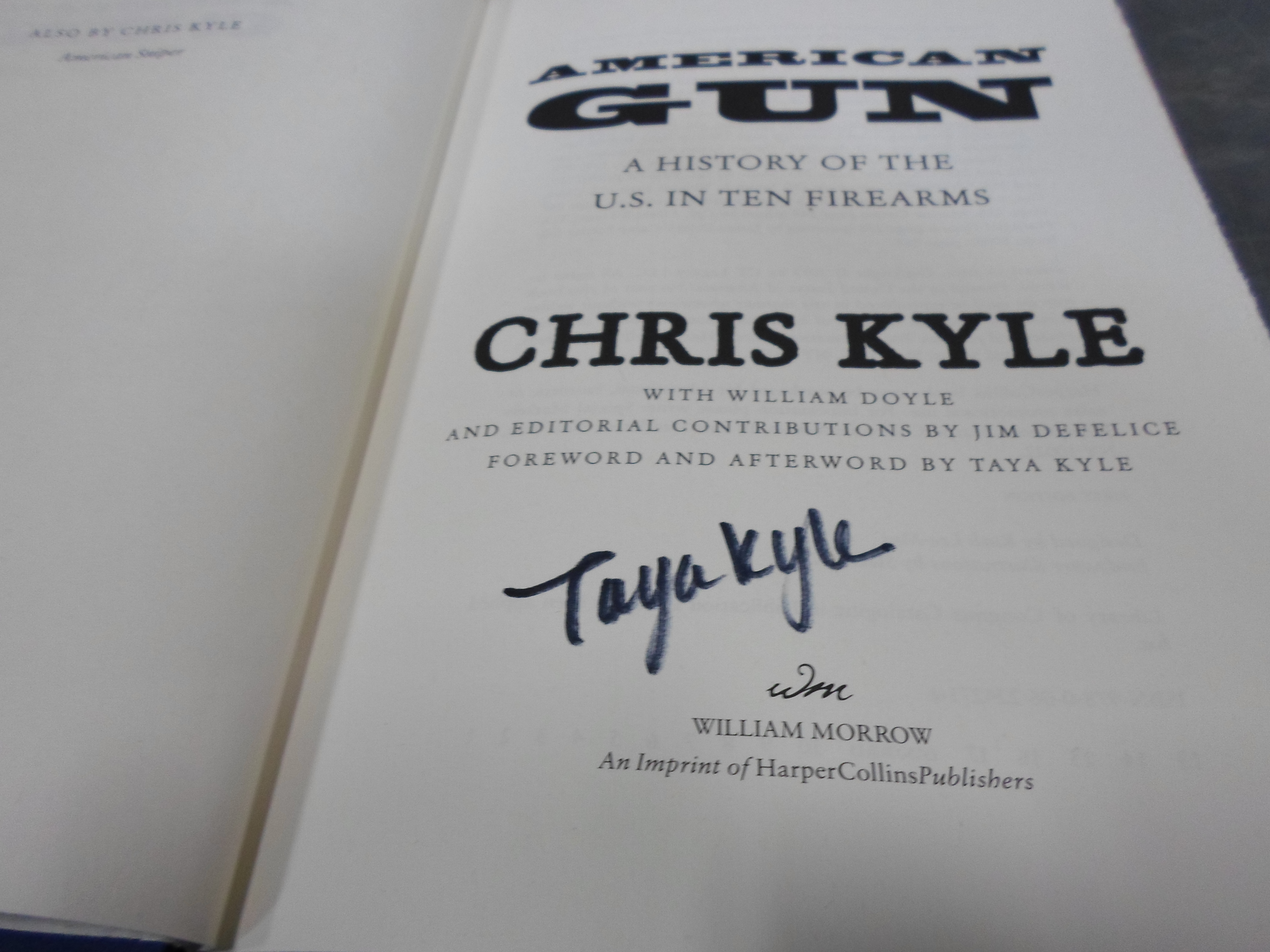 At the time of his tragic death in February 2013, former Navy SEAL Chris Kyle, the top sniper in U.S. military history, was finishing one of the most exciting missions of his life: a remarkable book that retold American history through the lens of a hand-selected list of firearms. Kyle masterfully shows how guns have played a fascinating, indispensable, and often underappreciated role in our national story.

"Perhaps more than any other nation in the world," Kyle writes, "the history of the United States has been shaped by the gun. Firearms secured the first Europeans' hold on the continent, opened the frontier, helped win our independence, settled the West, kept law and order, and defeated tyranny across the world."

Drawing on his unmatched firearms knowledge and combat experience, Kyle carefully chose ten guns to help tell his story: the American long rifle, Spencer repeater, Colt .45 revolver, Winchester rifle, Springfield 1903 rifle, Thompson sub-machine gun, 1911 pistol, M1 Garand, .38 Special police revolver, and the M-16 rifle platform Kyle himself used as a SEAL. Through them, he revisits thrilling turning points in American history, including the single sniper shot that turned the tide of the Revolutionary War, the firearms designs that proved decisive at Gettysburg, the "gun that won the West," and the weapons that gave U.S. soldiers an edge in the world wars and beyond. This is also the story of how firearms innovation, creativity, and industrial genius has constantly pushed American history—and power—forward.

Filled with an unforgettable cast of characters, Chris Kyle's American Gun is a sweeping epic of bravery, adventure, invention, and sacrifice.

Kyle is the author of the New York Times #1 bestseller American Sniper: The Autobiography of the Most Lethal Sniper in U.S. Military History. He became president of Craft International (www.craftintl.com), a world-class leader in training and security, and cofounded the FITCO Cares Foundation. He lived with his family in Texas, where he devoted much of his spare time to supporting veterans.

As this book was being completed, Chris Kyle and his trusted friend Chad Littlefield died while trying to help a troubled veteran. Chief Kyle lived by a personal motto that "it is our duty to serve those who serve us," and he and Littlefield died honoring this creed.